It's been a very busy month for Potioneer!

First, let's welcome all of the new Potioneers who have purchased the game since our last update, the Super Duper Trowel update. Welcome to the town of Sundry. Get ready for adventure!

The area surrounding the Sundry Forest has become more detailed. The backstories planned for the Potioneer townsfolk have been fully written. Each character in the story lives either in the forest or the nearby area. So, the lots around yours have begun to be fleshed out in preparation for their arrival in the game.

In addition to more fleshed out lots (still lots of work to be done, here [get it?]), the water has received a significant upgrade. It now looks like delicious liquid and glows a beautiful blue. It also performs much better even though it's of higher quality (figure that one out!).

Sundry is a town not many people know the history of, even the local inhabitants! But it looks like the area was once bombarded with meteorites which created the varied landscape you see today. There are a ton of nooks and crannies to explore now, and many vantage points which were not previously possible to reach. Exploring the land at 4:30pm is my favourite!

The performance of Potioneer has also improved thanks to smart reduction in detail at a distance, music loading one-at-a-time rather than all at once at game start, and the removal of shadows you can't see.

Grass has been added to lots which are uninhabited and seeds won't disappear if you've picked them up then put them down, unless you drop them outside your lot. This lets you pick seeds and bring them home for later planting.

The water well in lot #11 was confusing to new Potioneers. The original water well came from the a free asset on the Unity Asset Store but had a non-functional crank, rope, and bucket. New Potioneers would struggle to try to grasp the bucket and turn the crank. In addition, they were unable to see the water in the well due to an inconvenient cover on the well. I'm happy to report that the well has been much improved: all of the non-functional, useless bits have been stripped away and players can now actually dunk the watering can into the water to refill it. Intuitive! 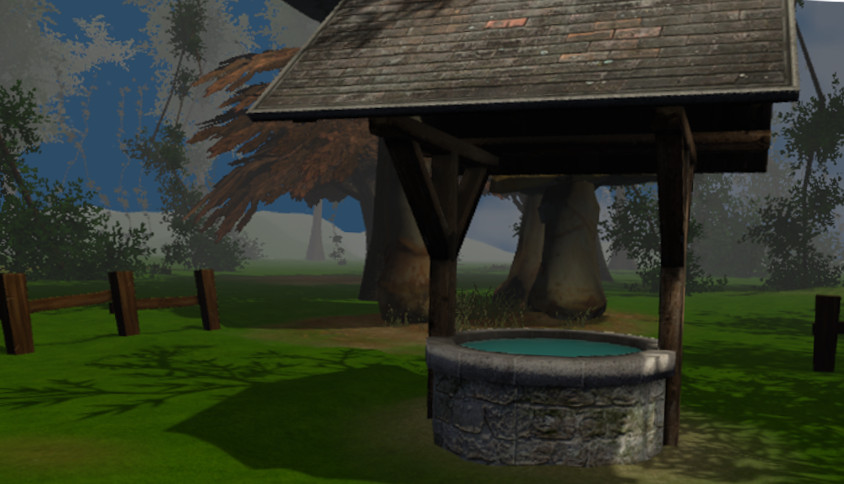 A lot of work has been done on the potion front. After all, the game is called Potioneer for a reason! Soon, you'll be able to craft your very first potion…